Building a social network isn’t an easy task, let alone a successful one. As developers our job is to create, build, and bring to life the gears and functions of a social network. When it comes to marketing, well that’s a different department in most cases. We build then later deploy, and in order to develop a highly efficient and functional social network we’ll need to use a few tools. 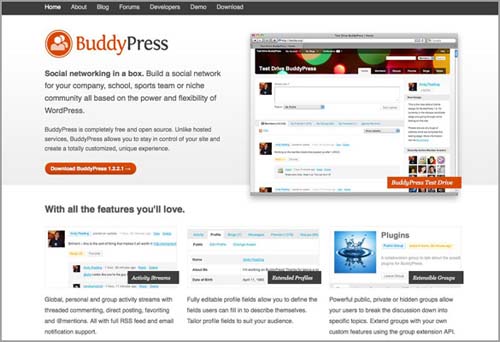 BuddyPress is the social network platform version of WordPress. As you can guess WordPress is one of the most popular CMS’s available due to its quality, same goes for BuddyPress, this is one of the most widely used platforms. It’s absolutely free, allows you to fully customize your social network, and offer your users a unique experience through the use of features such as friend connections, extended profiles, discussion forums, private messaging, and powerful plugins. 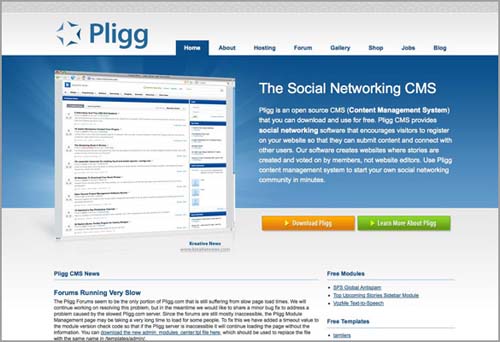 Pligg was created as a social networking CMS. While most content management systems are designed for only a handful of authors, Pligg CMS was designed to manage a site with an unlimited number of authors. All of these registered users are in control of the website’s content. It is a user driven CMS that relies on independent authors’ content and participation to manage news articles. 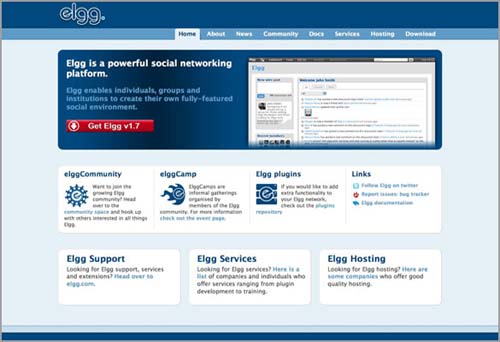 Elgg is a powerful social networking platform that is backed by a growing community of developers and interactive users. It has great usability, ease of use, various features, and offers added functionality through Elgg plugins.
This piece of software offers pretty much everything you need to develop a social network in no time. Elgg uses and regularly operates on LAMP (Linux, Apache, MySQL, and PHP) therefore if you’re a developer who likes to get their hands dirty then this is the platform for you. 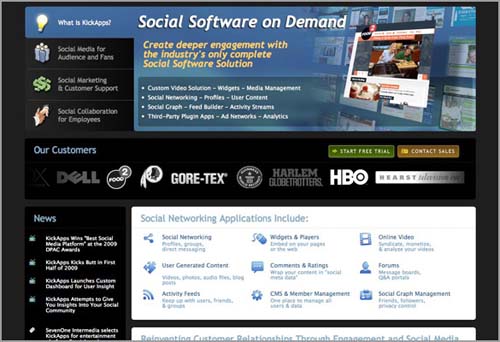 KickApps gives enterprises, corporations, small/large brands the power to create an interactive social network based on a one of a kind platform that offers an active, dynamic, distributed and data-structured solution. Build your very own community, begin photo/video sharing, easily add widgets, custom video players, other user generated content, comments, ratings, and much more. KickApps can fully operate as a CMS allowing you to manage all of your social media needs in one place. 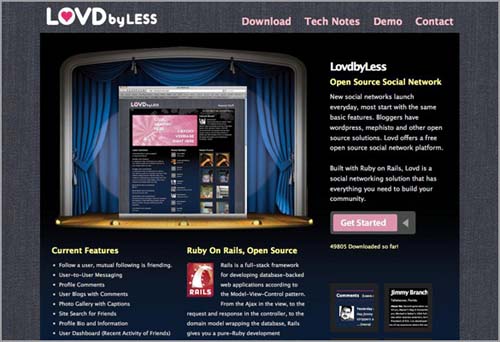 Lovd by Less is a widely used and distributed open-source social networking platform that was built using Ruby on Rails. Since it was built on RoR (a full-stack framework), developers will be able to develop using the Model-View-Control pattern, and all you need to go live is a database and a web server. Current and up-to-date features include mutual following, private messaging, comments, user blogs, photo galleries, site-wide friend search, insertion of profile bio, easy to interact with user dashboard, email activity, quick and simple Flickr integration, and YouTube inclusion as well. 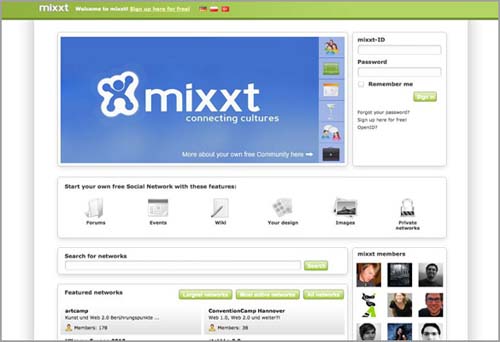 Mixxt is a intelligently designed open source platform that helps you build your very own social network at rapid development speeds. Develop, manage, and run your own community with ease and the help of forums, wikis, a custom design, the addition of photos, and a private network that’s dedicated to your community. You’ll also be able to work alongside other members to build and grow your community. 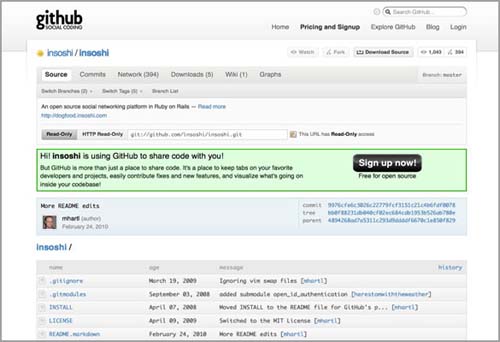 Insoshi housed at Git Hub is a liberal open-source social networking platform written and powered by Ruby on Rails. Insoshi’s source code is free to use and available under the MIT License. This platform was developed by Michael Hartl. It comes with an effective deployment system and version control support. The installation process should take roughly around half an hour. Remember to take your time and make sure you follow every single step. 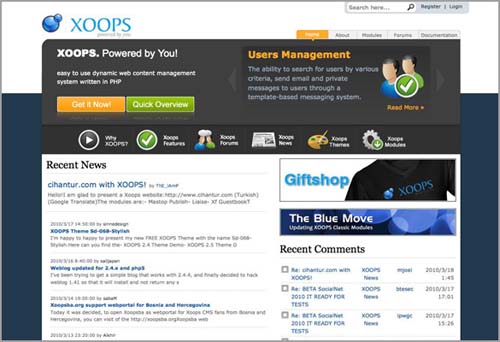 Xoops is an innovative extensible open-source platform that allows you to create a social network with everything you need. You can actually just begin by creating your own blog and then upgrading it to a social network through the use of several community modules. Xoops is written and maintained in PHP and MySQL. 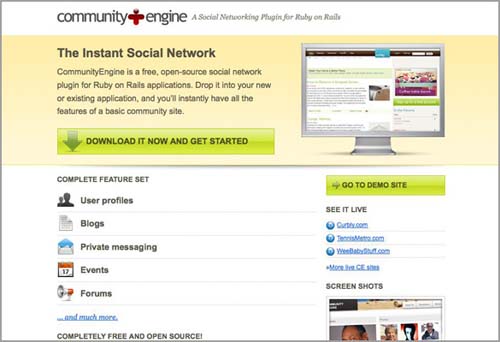 CommunityEngine is another open-source social networking platform for Ruby on Rails applications. All you would have to do is drop it into our existing RoR application and immediately begin to enjoy all of the extensible features that you would need to start your very own social network. Features such as photo uploading, tagging, private messaging, forums, blogs, events, and customized user profiles are just the beginning of what you can accomplish with CommunityEngine. 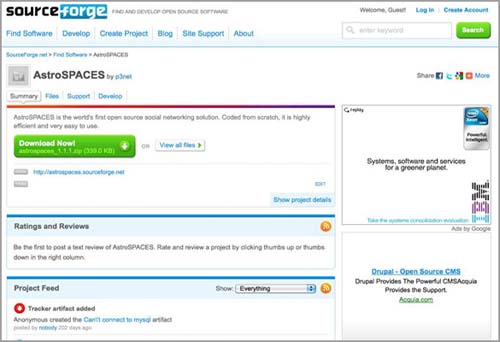 AstroSPACES is mostly named as the world’s firriest open source social networking solution that was heavily coded from scratch. It’s extremely efficient, very easy to use, stable, easy to customize and was written in PHP. It also uses the Smarty Template Engine, and is licensed under the GNU General Public License (GPL)